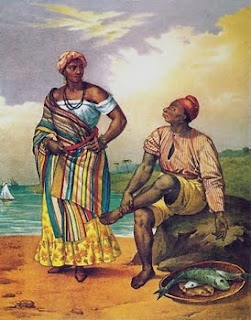 
Cabral did not discovered Brazil; a half of the slaves brought to the Americas must well have been Muslims; the Quilombo of Palmares followed Muslim orientation; Portugal and Spain were Muslims by 800 years until just two years before Cabral having arrived at Brazil ... This, not to mention that the Reformation had a relevant Muslim support ...
In short: the history of Brazil and the Americas is undergoing an amazing revision that is still not entirely known even by the Latin American academy and deeply involves the Muslims.
WHAT ISLAM HAS TO DO WITH THE AMERICAS
http://www.martinsbenperrusi.com/crbst_39.html
Postado por Unknown às 05:12

The main point in Islam

If people knew that (1) the Western philosophy has been struggling in the last 500 years without any success for establishing a definitive but morally satisfactory worldview based merely on reason (Humanism); and that, (2) contrary of what the modern laity thinks, even the Western academy does recognize the actual existence of a rational worldview based on the belief in God (what they prefer to call natural theology); then, demonstrating that the Koran really gives all the necessary support to such an approach would even have to them (particularly in the West) a historic significance.
THE MAIN POINT IN ISLAM
http://www.martinsbenperrusi.com/crbst_44.html
WHAT IS BEHIND ISLAM
http://www.martinsbenperrusi.com/cariboost_files/BehindIslam.swf
Postado por Unknown às 05:06